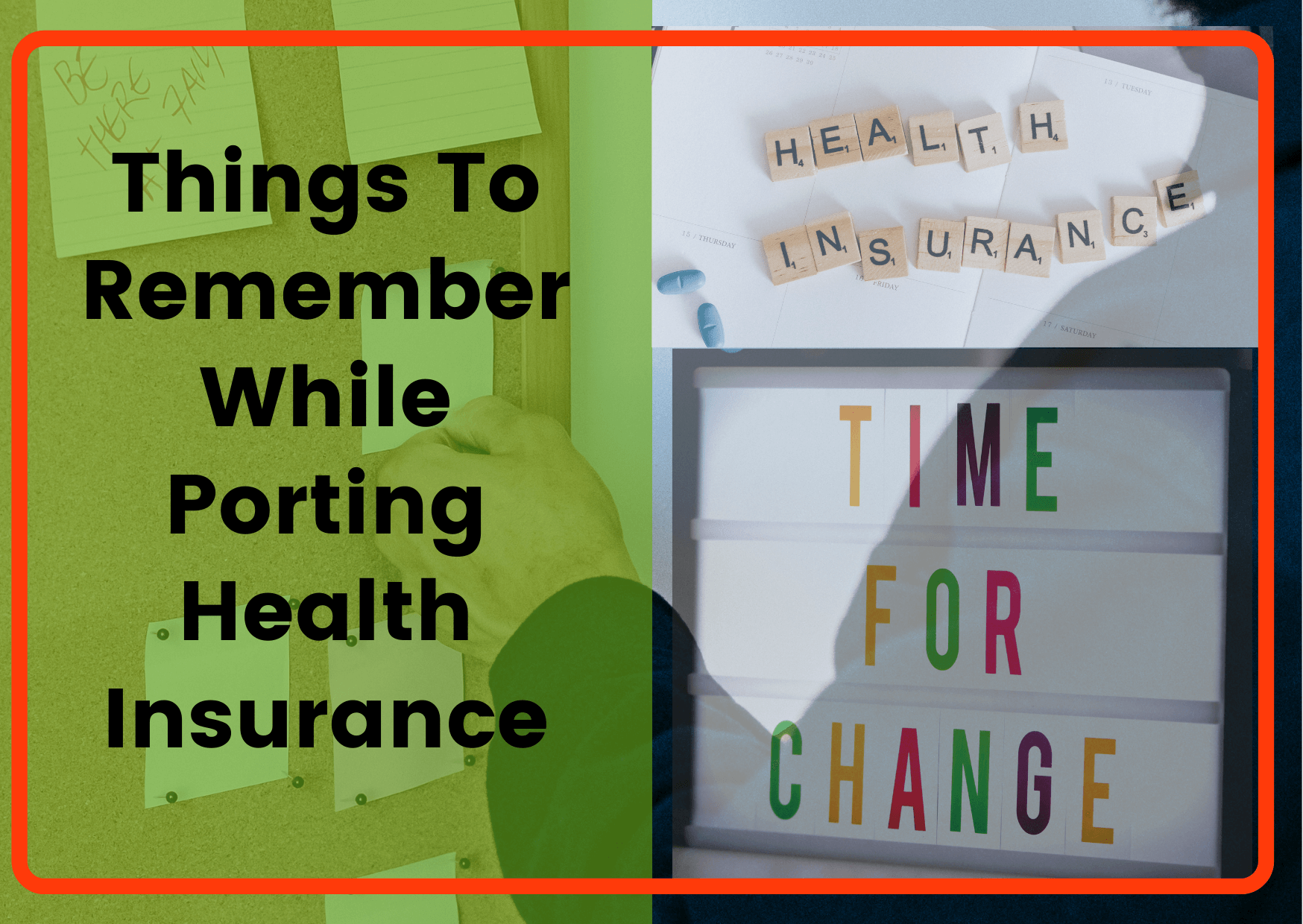 In my previous article, I had explained what Porting is and how one can port their health insurance policy to new insurer without loosing out on the benefits. In this blog, we will focus on few important things which you should remember while porting Health Insurance policy.

Related Article – How to Port your Health Insurance Policy

If you are porting to a new policy with same Sum Assured, then the number of years you spent towards waiting period in old policy will be counted and accordingly reduced in new policy.

Example – Sheryl had purchased a 4 Lakhs sum assured family health insurance policy in 2015 from Oriental Insurance. Now, after 4 years, she feels the need to increase her cover due to increasing medical costs. She also is not very happy with Oriental Insurance and plans to port the policy. She ports to a 10 Lakh policy with Religare. However, once she receives the policy document, she is surprised to see that there is waiting period of 4 years for the additional 6 Lakhs she had increased her sum assured by. So, for the original 4 Lakh, there will not be any waiting period and she will be covered from day 1 in Religare. But for remaining 6 Lakhs, she will have to serve the entire waiting period.

4. Porting Request Can Be Rejected

Example – Sweta was surprised when her health insurance porting request from Star Health to Max Bupa was rejected. She had filled all details correctly, shared all the documents and even undergone the medical test. While Max Bupa did not reveal the reasons for porting, she later found out from internal sources that her medical tests had revealed lots of health related issues which meant higher chances of she claiming insurance and losses to new insurance provider. These health issues were not present when she had purchased Star Health policy but developed over time without her knowledge.

Policy premium can be increased after health checkup results are analyzed by the new insurance provider.

Another scenario in Sweta’s example is for Max Bupa to offer her health insurance but with increased premium.

6. You can also port within same insurance provider

Example – Abhishek had purchased Individual health insurance policy with ICICI few years back. Few days back, he received a mail detailing new health insurance policy launched by ICICI. On comparison, Abhishek found that the new policy is actually better than his existing policy. In this case, he can port to new policy without losing out on waiting period benefits of old policy

In order to protect policy holders interests, insurance regulator IRDA has set a timeframe of 15 days in which new insurance provider must decide whether to accept the porting request or not. In case they do not complete porting decision within 15 days, automatic porting will happen and new insurer will have to abide by it. (source – Mint)

8. Other Things to Remember

Various Class of Assets To Diversify Your Portfolio I started savemoremoney.in to help simplify personal finance, enable people to achieve their financial goals and become financially independent.I have keen interest in Personal Finance, Investments, Early Retirement and Financial Freedom and hence these are the main topics I focus on. My blogs are written in simple to understand language.Along with this blog, I also Vlog on Youtube under my channel Save More Money.